I mentioned the Vivid Festival in Sydney on BrizBunny – a festival of “light, music and ideas”. I accidently got to see all of this because Mrs CannibalRabbit went to see Mary Poppins with a friend and I tagged along. Circular Quay was abuzz with tourists and Sydneysiders coming to see and photograph the lights.

Literally all of Circular Quay was lit-up. Circular Quay station, the two AMP buildings and the Four Seasons Hotel were all illuminated by series of different coloured floodlights. All of that on top of the laser show playing on the Sydney Opera House. 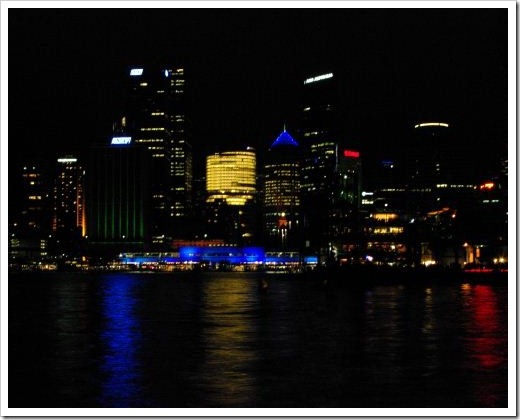 View of Sydney Harbour from near Mrs Macquaries Seat in the Botanical Gardens.

While Queen Victoria was berthed at Circular Quay the Sun Princess was forced into decidedly second-rate accomodation at the old Sydney Docks just outside of Darling Harbour.

This was the purpose of our visit to Sydney – to watch the passing of the two Cunard Queens.

Queen Elizabeth 2 and Queen Victoria pass Fort Denison.  The number of people on the water and on land watching the spectacle was truly amazing.  As the two ships began their pass they began sounding their horns, culminating in a simultaneous blast that was audible for around 16km (10 miles). 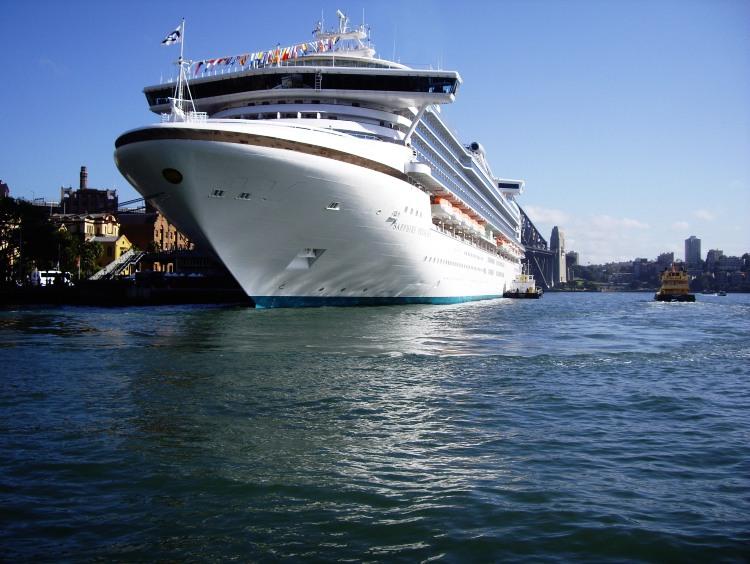 Once the Queens had given up the prime position in Sydney International Passenger Terminal Sapphire Princess moved in.  The Princesses look nice, and big, but somehow they are missing the allure of the Queens – even the 40 year old QE2.

The stern of the Queen Victoria berthed at Circular Quay, Sydney.

The Queen Victoria dock at the Sydney International Passenger Terminal in Circular Quay, with the Sydney Opera House in the background.  This gives some idea of the number of sight-seers around to see this magnificent vessel.

The Queen Victoria dock at the Sydney International Passenger Terminal in Circular Quay.  From this angle she appears to dwarf the Harbour Bridge.  The funnel on the Queen Victoria won’t fit under the bridge by about 20 feet.